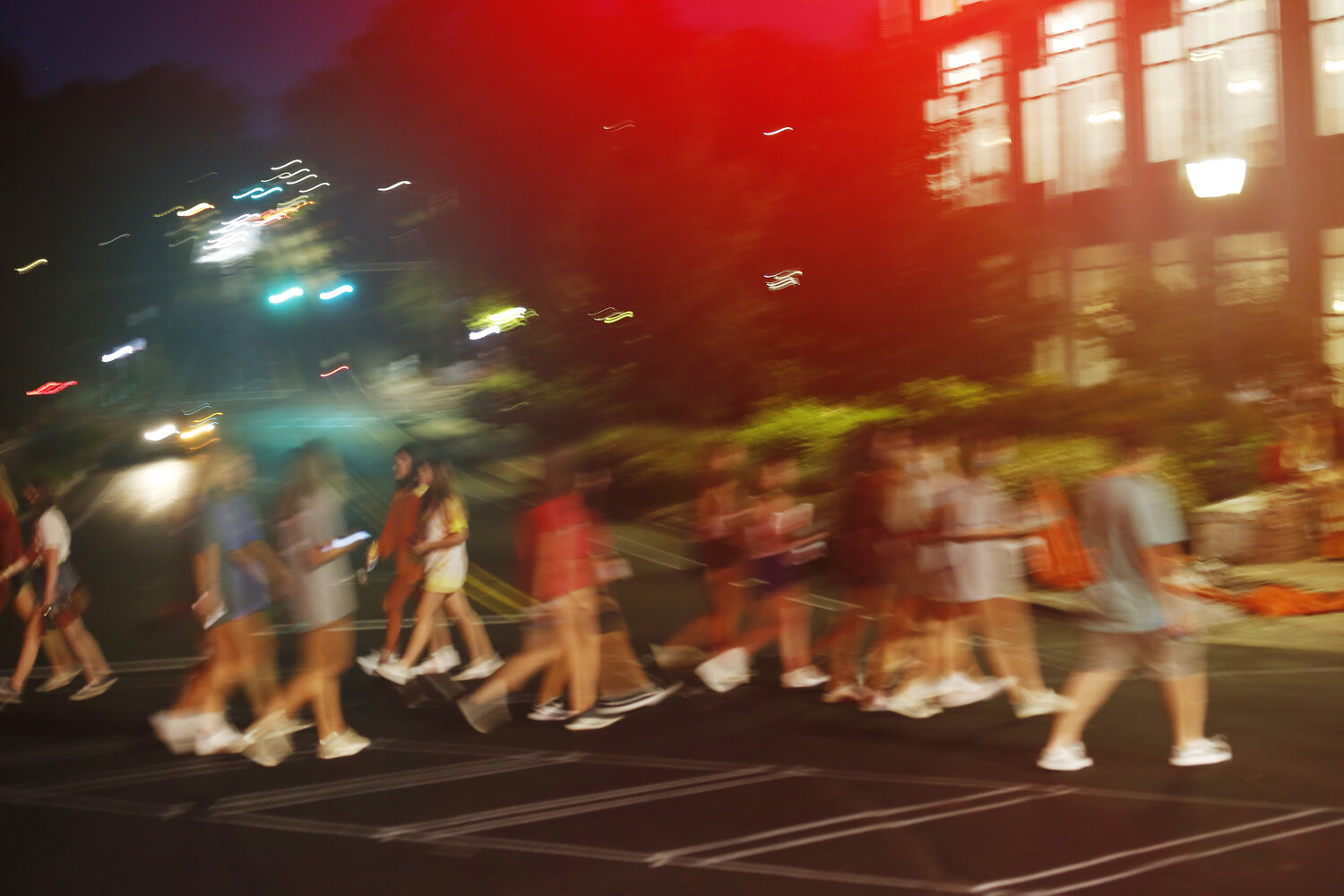 As the fall semester gets underway, college students are reuniting with their friends, getting (re)acquainted with campus and doing what college students often do: partying. But in the time of the coronavirus, as more parties surface university administrators have been quick to condemn — and even berate — the behavior of students.

"Be better. Be adults. Think of someone other than yourself," pleaded a letter to students at Syracuse University following a large gathering on campus.

"We are terribly disappointed," leaders at the College of Holy Cross wrote to students before remote classes had even started.

"This is the kind of reckless behavior that will put an end to our in-person semester, and it must stop," wrote the president of St. Olaf College, a small school in Minnesota after an off-campus party.

For many students, this scolding feels like a bait and switch: Didn't those university administrators, many of whom brought students back to campus knowing full well the challenges, share in some of that poor decision-making?

Students at The Daily Tar Heel, the student newspaper at the University of North Carolina at Chapel Hill, shared their thoughts about this when we visited their newsroom a week after that university moved its semester online, citing coronavirus clusters seeded by student parties.

"If the success of your plan relies on 18- to 24-year-olds being responsible, then maybe it's not a very good plan," says Anna Pogarcic, a senior at UNC and the editor-in-chief of the student newspaper. "The power dynamics of an 18-year-old versus this big university with its million-dollar endowment, you can't argue with that."

"I will give students a smidgen of the blame, just a smidgen of it," says Brandon Standley, a senior and managing editor at The Daily Tar Heel. "I think that the university gets the most blame, because they brought back thousands of students."

"No one should be surprised," says Maydha Devarajan, a junior at UNC who spent the summer editing stories that challenged the university's plan to bring students to campus and hold in-person classes. "We've known this would happen all summer."

According to a UNC survey from early summer, 28% of undergrads said they were "extremely or somewhat likely to go to parties or other large campus gatherings." And colleges have been openly anticipating it. In July, the dean of students at Tulane University sent an email to students about behavior. In the third paragraph, in boldface and all caps it said: "DO NOT HOST PARTIES OR GATHERINGS WITH MORE THAN 15 PEOPLE, INCLUDING THE HOST. IF YOU DO, YOU WILL FACE SUSPENSION OR EXPULSION FROM THE UNIVERSITY."

Fast-forward to late August, when many students returned to campus: Those parties and large gatherings happened, as expected. Across the country, from Tuscaloosa to Iowa City, students socialized — indoors with lots of people without masks — helped in part by many campuses' active Greek life.

"It breaks my heart to see this," says Anna Song, an assistant professor of health psychology at the University of California, Merced who studies decision-making by young adults. "It's like asking people to go on a diet. Putting them in a candy store and saying, good luck. And then if they break that diet, we say, 'Why'd you break the diet? And, you know, we're going to punish you for it.' "

Many college students still have developing brains, so it's not that they aren't informed or that they don't understand the risks — it's that they're wired differently. "Peer networks and having connection with other people is absolutely critical in terms of development for young people," Song says. "There is a lot going on in the brain to reward those kinds of interactions."

Of course, not all students are partying. Many are following the rules and encouraging others to do the same. "I'm not the only person that's frustrated," says Reagan Griffin Jr., a sophomore at the University of Southern California. He moved from Tennessee to Los Angeles to be closer to campus, despite the fact all his classes are online. He says he's been hunkered down, even though many of his fellow Trojans haven't been. USC reported an "alarming increase" in COVID-19 cases last week. "Clearly, other people have faulty priorities," he says. The case increases are "the fault of people who either don't know or don't care, and neither of those things are excusable."

Unlike other types of public health issues, the coronavirus is highly contagious, so the actions of a few can affect an entire campus. "With this kind of virus, you can't have 60% compliance and be like, 'Hey, we did a great job!' " says Song. "You need to have near complete compliance for this to work."

She adds that university leaders must recognize what's driving behavior among their students. "You can't deny that the pull for social interaction is incredibly strong for this group; it's formative for them," Song says. "So asking them to deny that is a Herculean challenge."

In June, she raised an important question about asking students to refrain from partying when they head back to college: "Are we asking them to do something that is almost near impossible?" Now, she thinks the answer to that question is yes. "I do believe it's not fair to ask them to do this," she said this week.

With desperate pleas and social contracts failing to curb these events, some schools have turned to punitive measures. At several campuses, including Syracuse University in New York and Purdue University in Indiana, students have been suspended for attending and hosting large gatherings. In Chapel Hill, town officials charged students with misdemeanors in connection with off-campus parties at UNC. At the University of Connecticut, students were kicked out of on-campus housing for hosting a party in their dorm room.

"We know shaming and blaming people for public health interventions doesn't work, whether you're talking about sexually transmitted diseases or you're talking about drug use and drinking," explains Dr. Celine Gounder, an infectious disease physician and public health expert. "You never want to do something that will drive behavior underground and make it more risky."

Song agrees. "My first thought was I bet what some students will think is 'Well, then I just can't get caught,' " she says. "So it becomes a game."

She's hopeful that enforcement from other students might be more successful than punitive messaging, since young adults value peer connection.

"The best hope is that the students are vigilant with each other," she says, "because it's coming from a peer who's saying, 'You are hurting me, you are hurting our community and as a member, as your peer, as a person in your social network, I am not standing for that.' And I think that probably weighs more than everything else."

Another important aspect of regulating behavior is providing alternative programming. "We have to figure out how to help students meet some of those socialization needs, but in a safe way," Song says. Offering outdoor, socially distant activities, she says, will help schools "fare way better than just to say, 'Hey, just don't party.' "

Figuring out what a social life looks like on a college campus is Connie Carson's job at Furman University, a liberal arts college in Greenville, S.C. As the school's vice president for student life, she has leaned heavily on student organizations during the coronavirus pandemic.

"They are the lifeblood of any campus," she says. "Students are so much more creative, honestly, than we are." She points to a recent outdoor movie shown on the Furman campus, where students used hula hoops to enforce social distancing.

The school is working on ways to use outdoor venues to have "appropriate gatherings" such as trivia nights or dance parties to keep students on the grounds, rather than having them tempted to head off-campus, to downtown Greenville.

This responsibility sits firmly on the shoulders of the college, not the students, says David Paltiel, a professor at Yale who studies public health policy. "As the university, you've got the responsibility to provide students with imaginative, compassionate, realistic, low-risk options for staying socially connected," he says. Administrators need to be upfront with students about the challenge they're facing with enforcing student behavior, he says, and some infractions may be worse than others.

"If you have to turn a blind eye to a game of beer pong that is happening on the quad or in a driveway, that's well worth it," says Paltiel. "What you're trying to prevent is the superspreader event where 150 unmasked kids get way too close to each other in the basement of some frat house with no windows open. That's what you're trying to prevent."

Paltiel isn't expecting administrators to actually know what's cool; that's why he says involving students, especially those involved with fraternities and sororities, is essential. He suggests this script for administrators, who are being upfront with students: " 'Here's the money. Here's the party tent. Here are the outdoor space heaters. Here's the pigs in a blanket. Here's the keg. What I can't have you doing is having these things indoors, unmasked. I can't have too many people in a single space.'"

And remember, he says, what schools are asking students to do is hard, so a bit of empathy and compassion can go a long way. It hasn't been easy for many adults either. 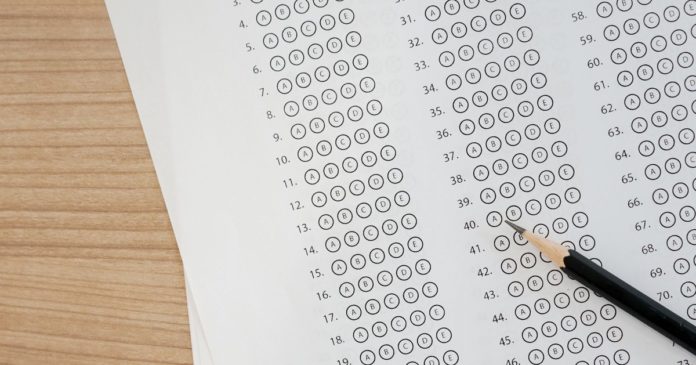 In response to the chaotic standardized testing schedule that has arisen due to COVID-19, many Texas universities have eliminated test score requirements through 2021. Several universities, who have been contemplating doing away with mandatory test scores altogether, embraced this decision. While not everyone agrees, some cite increased diversity and inclusion as upsides to being test-optional.

In response to the chaotic standardized testing schedule that has arisen due to COVID-19, many Texas universities have eliminated test score requirements through 2021. Several universities, who have been contemplating doing away with mandatory test scores altogether, embraced this decision. While not everyone agrees, some cite increased diversity and inclusion as upsides to being test-optional.